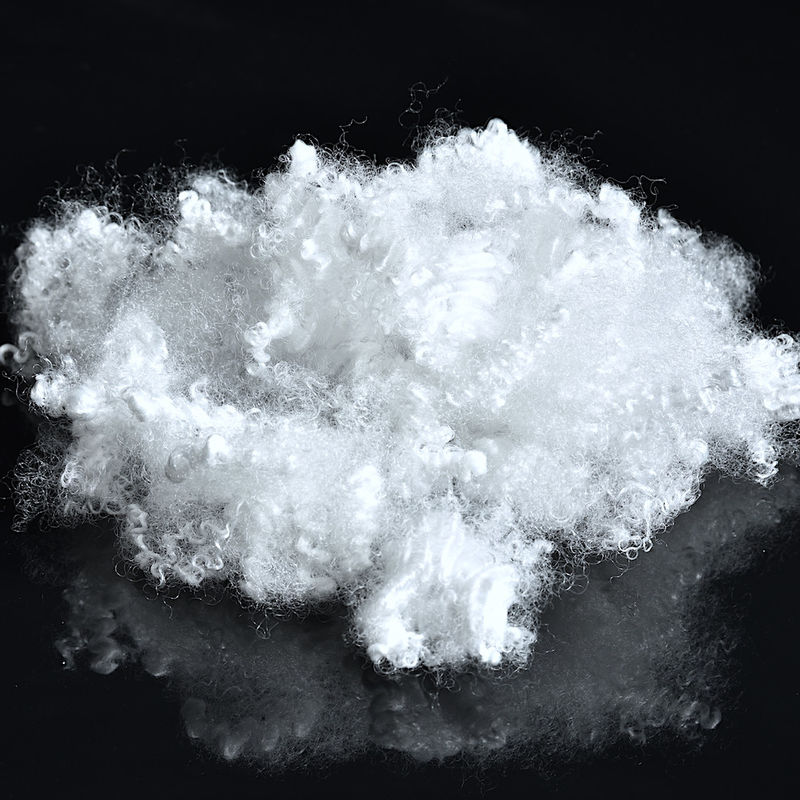 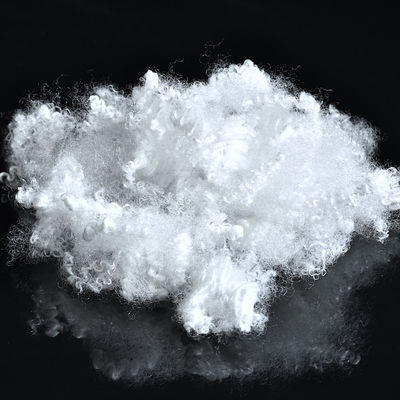 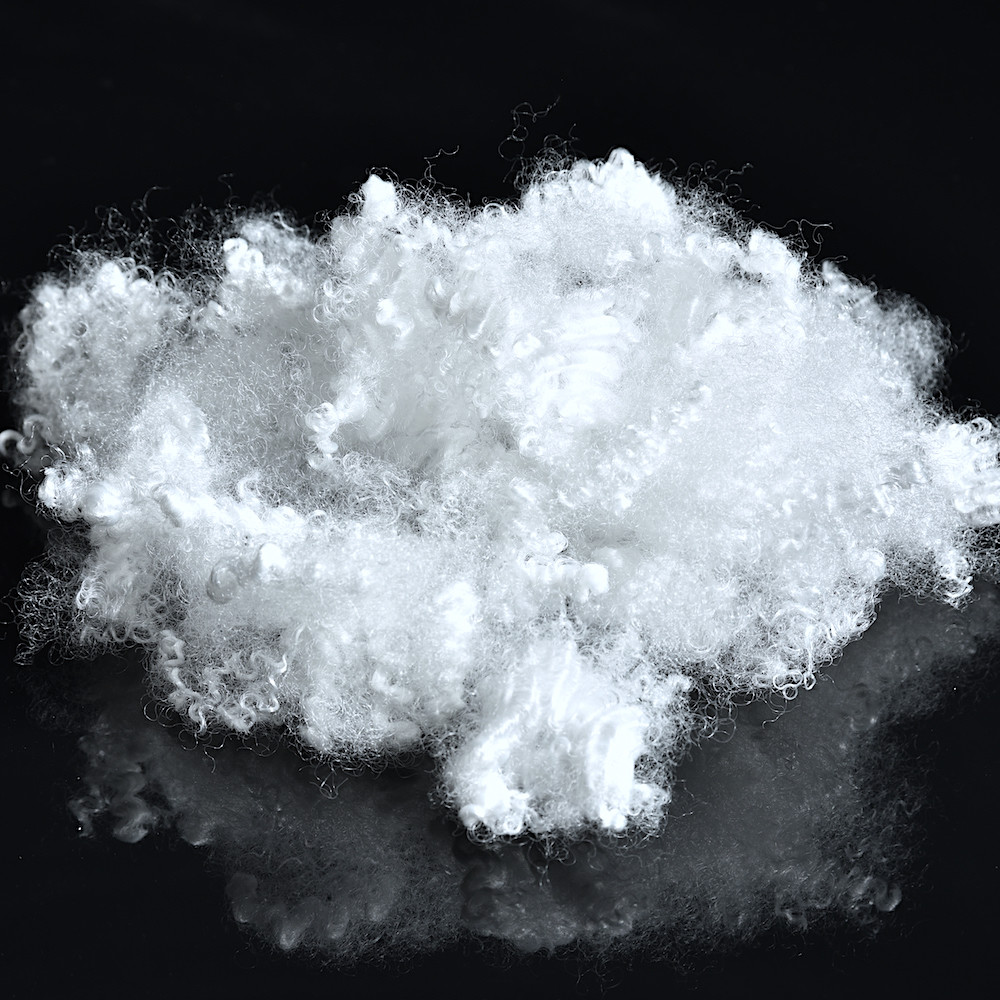 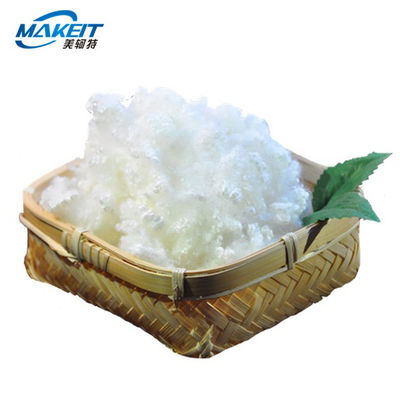 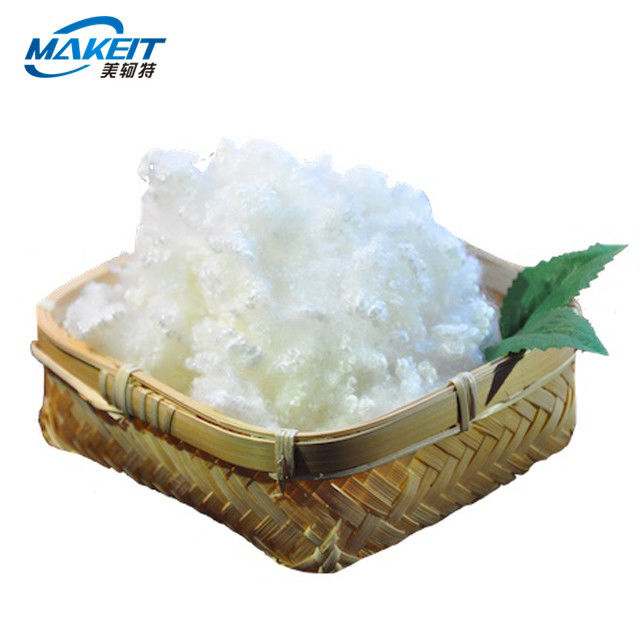 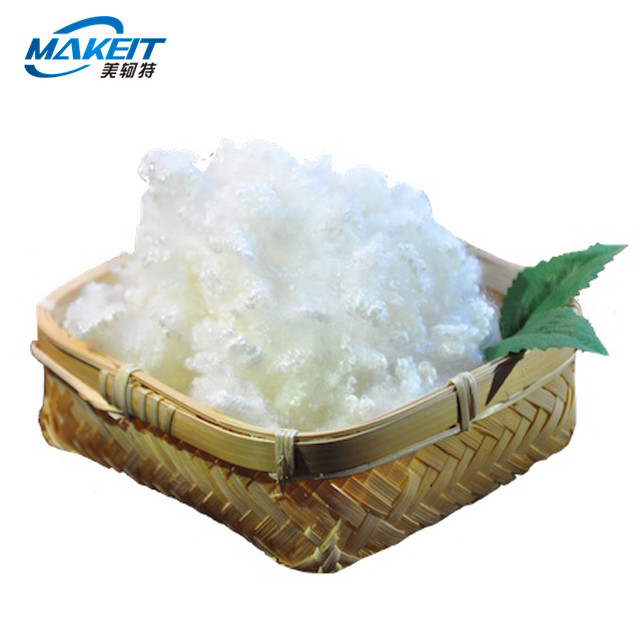 Polyester materials such as PTA and EG are converted to gel polymer through polymerization performed at a high temperature and pressure.
After the spinning and drawing process, polymer becomes staple fibers when cut short into the form of cotton or filament yarns when made into the form of yarn.

Staple fibers are widely used for industrial use as well as for clothing.They are not only used for filling of clothing, bedding and furniture in the form of cotton or for spinning after twisting cotton into yarn but they are also fabricated into non-woven fabrics through compression and used for a wide range of applications, including automobile, construction, furniture, sanitary materials and agriculture, gradually expanding their scope of application.

Made of microfibers measuring 1/100 of hair thickness through direct spinning, this micro denier fiber can be used in a wide range of applications due to its soft touch and other merits of microfibers and also provide Feather Touch depending on the oiling agent.

The fabric we now know as polyester began its climb toward its current critical role in the contemporary economy in 1926 as Terylene, which was first synthesized by W.H. Carothers in the UK. Throughout the 1930s and 1940s, British scientists continued to develop better forms of ethylene fabric, and these efforts eventually garnered the interest of American investors and innovators.

Polyester fiber was originally developed for mass consumption by the DuPont Corporation, which also developed other popular synthetic fibers like nylon. During World War II, the Allied powers found themselves in increased need of fibers for parachutes and other war materiel, and after the war, DuPont and other American corporations found a new consumer market for their synthetic materials in the context of the postwar economic boom.

Initially, consumers were enthusiastic about the improved durability profile of polyester compared to natural fibers, and these benefits are still valid today. In recent decades, however, the harmful environmental impact of this synthetic fiber has come to light in great detail, and the consumer stance on polyester has changed significantly.

Nonetheless, polyester remains one of the most widely-produced fabrics in the world, and it’s hard to find consumer apparel that doesn’t contain at least some percentage of polyester fiber. Apparel that contains polyester, however, will melt in extreme heat, while most natural fibers char. Molten fibers can cause irreversible bodily damage.

5. Operation Principle&Future Plan Our company has realized the current competition and changing of the textile industry. So we adjusted our product range,management,operation Principle and market to meet the new opportunities and challenges,also to meet our customer’s requirement and give better service to them. By this way,we can creat more value for our company’s staff as well. Our future plan is to build a complete sales network,online and offline. Also to build a entire textile related industry chain,to have the capacity to produce and sell the fabric,garment both to achieve”made by us,digested by us”. We are on the way to creat our own brand.

Get in touch with us